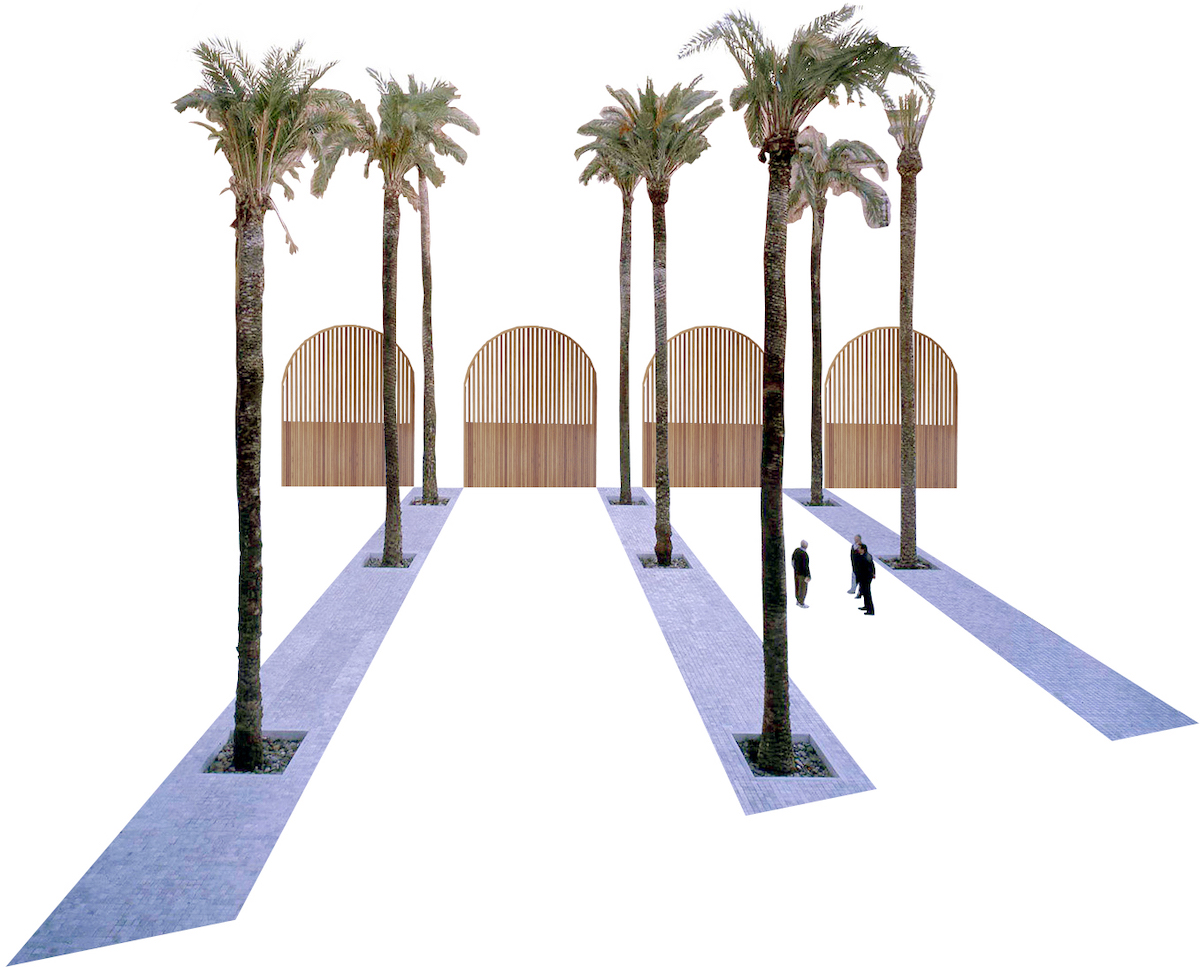 The Baluarte de la Bandera and its attached vaults have suffered a series of unfortunate interventions in the 80s of the last century. The layout clear and resounding of the vaults, as they were conceived in the 18th century, was giving way to openings in the walls, which generated transversal connections between them. This fact causes the perception of these pieces to be distorted. On the other hand, the project should also make clear the different eras of construction, so due to its age and construction quality, it is tries to revalue the bastion of the Flag and integrate the walls that they configure the vaults for the use demanded. The project for the Interpretation Center of the Royal Walls aims to be a sequence that starts in the new proposed public space and that, Through its access, it connects with the dome of the Baluarte de la Bandera through its own directionality, reusing part of the gaps existing in the supporting walls of the vaults today and recycling the rest of them for all the elements necessary for the musealization of spaces. This strategy will allow you to recover to the maximum the original volumes, while enhancing the clean and open character of the spaces so that the value of the archaeological works can be appreciated "in if you".

The project poses two independent layers of the original volumes. These will remain naked as regards the Royal Wall and the Bastion of the Flag. In contrast, the walls of the attached vaults are covered with wood, in the same way as on their heads, giving rise to a specific facade but that, at the same time, refers to the carpentry wooden exterior of a certain scale in civil, religious or military architecture. At the same time, a metal lattice as a floor allows vision, work or maintenance, as well as different ways of configuration. Both the intervention in wood and steel have a double intentionality. Through the materials you want to get a good environmental integration for the contemporary historical moment, but at the time, an autonomy and the appearance in the present as elements, as parts capable of being disassembled without the claim to last beyond serve as a backdrop for required uses. 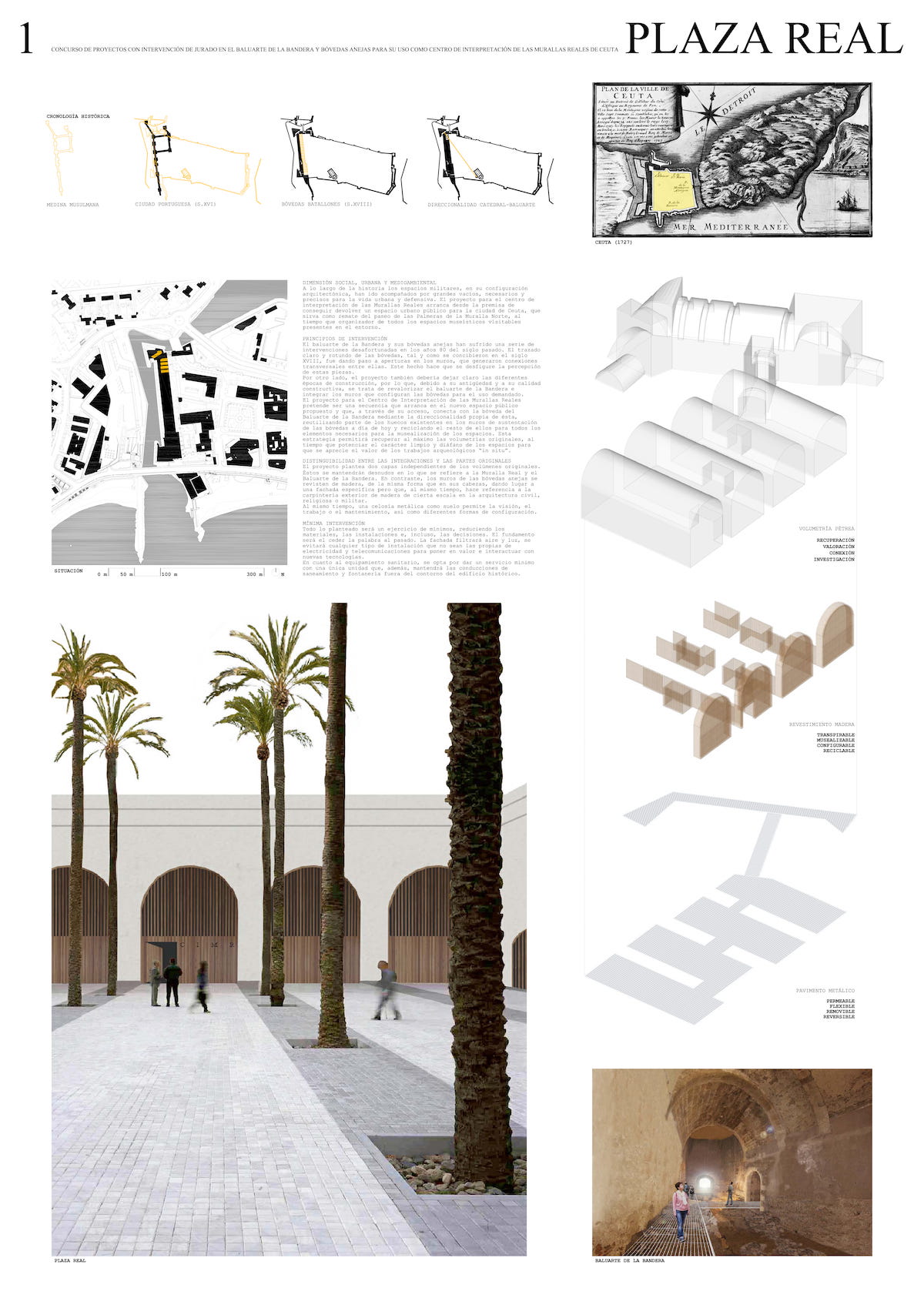 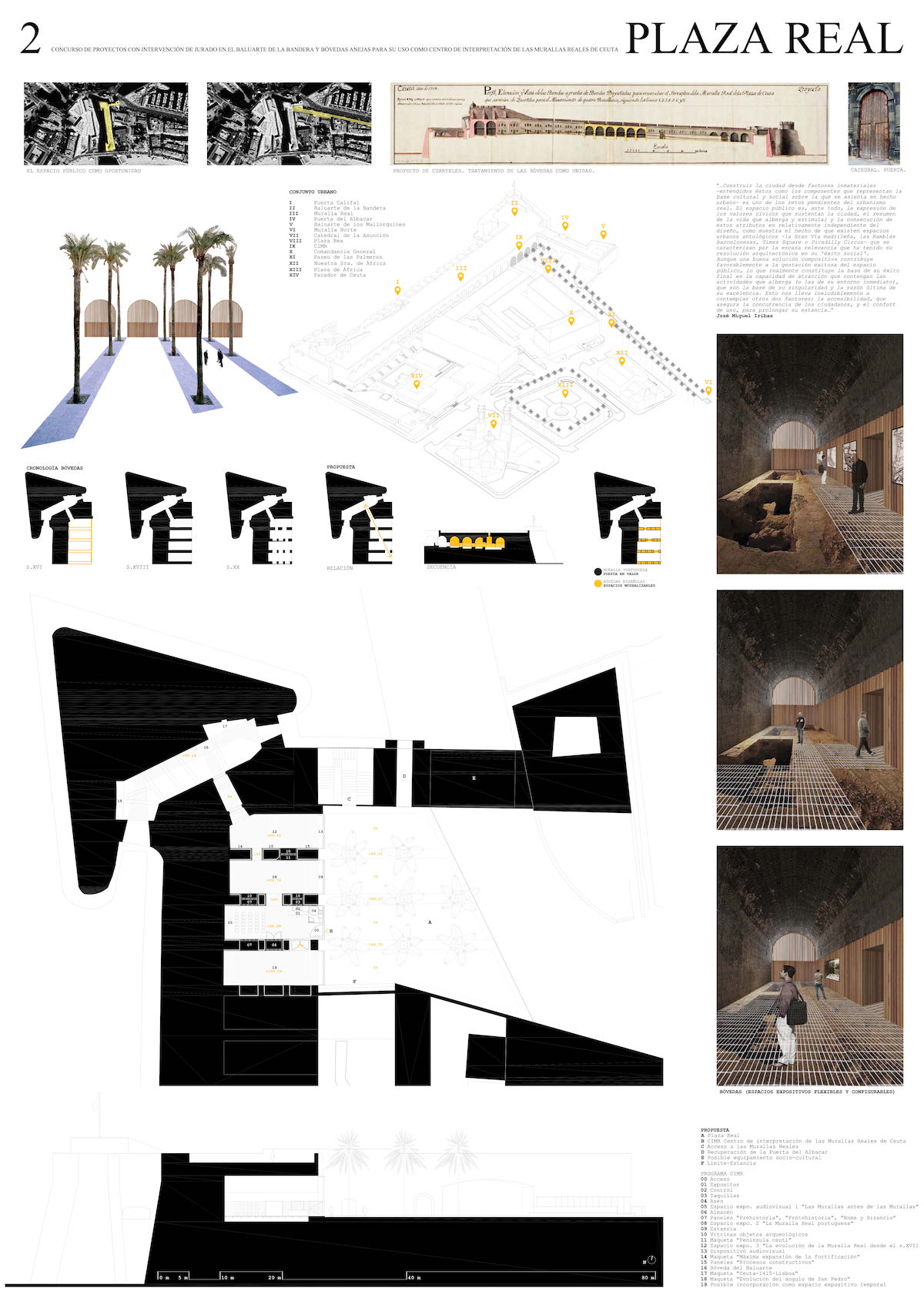