Refurbishment of the pavilion in José Toubes Pego square 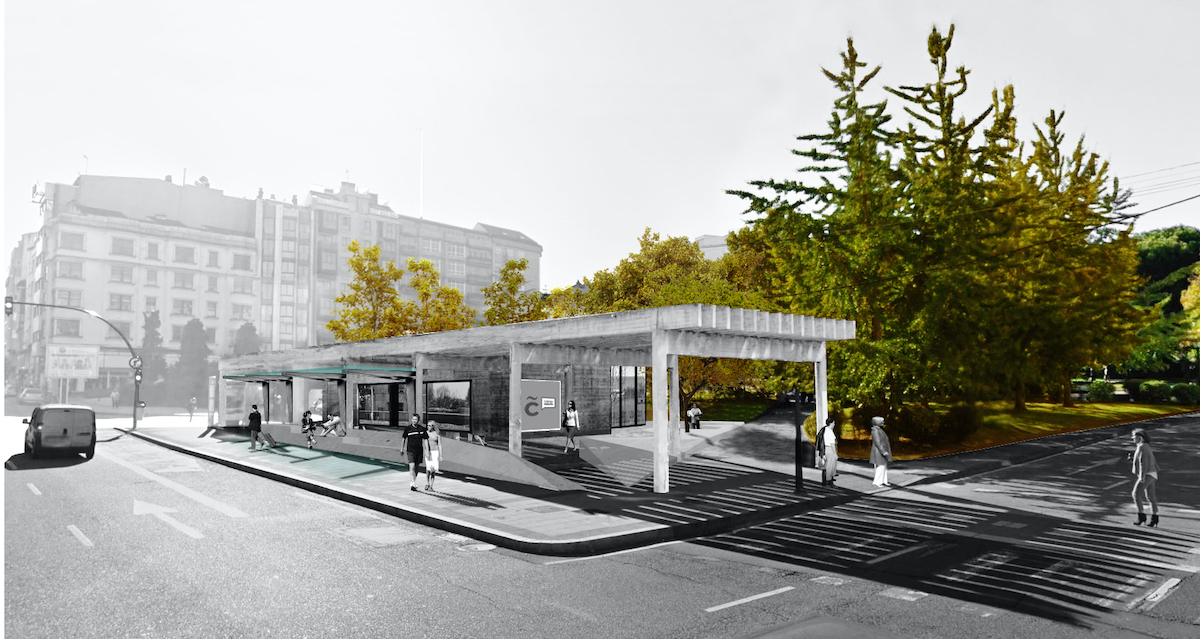 The rehabilitation project of the pavilion aims, first of all, to enrich the relationship with its own surroundings. The building currently has two side entrances without any kind of transition between elements, and a connection to the Plaza de Cuatro Caminos was reserved as an office desk that never fully functioned. The reform for its reconversion into a civic centre requires a change in its functioning in order to generate a lobby open to the pre-existing concrete pergola.

The symmetrical configuration of the building is resounding, but as its surroundings lack this symmetrical condition, a new configuration of these exterior spaces is deemed necessary. On the one hand, the aim is to visually introduce the vegetation into the hall, for which the paved areas on the south and west sides are eliminated and, where the depth of the park allows, a small outdoor seating area is proposed, linked to the park and the hall itself and which, at the same time, could function as an alternative access.

The other priority to be considered is the treatment of the existing pergola. The current gabled glass roof generates certain problems of climate control and scale with the new uses that are to be incorporated. Therefore, it will be removed, creating a new green roof in dialogue with the park. In this way, the pergola will take on a more prominent role in the complex. Given the need to cover the space immediately before the foyer of the civic centre, it was decided to continue with the same constructive logic of stacking elements perpendicularly and, therefore, it will be covered with pieces of translucent glass with a "U" section, of the same size as the interaxis of the concrete beams.

Finally, the design of the pergola's bench-garden will be readapted so that it can be used as a seat, both from the access area to the civic centre and on the pavement waiting for the city bus service. For this purpose, a light metallic structure is also built, supported on the concrete structure and covered with the same pieces of glass as in the pergola to generate a canopy open to the Cuatro Caminos fountain.

Inside the pavilion, the fundamental idea will be to group the server spaces in the original volume of lower height, providing the complex with vertical communications and toilet, cleaning, installations and storage services, in order to free up space for the two multi-purpose rooms on each floor. The main hall will be kept glazed to promote the feeling of a park pavilion and the current double-height opening will be transformed into a skylight that will make the two halls independent and naturally illuminate the head of the basement hall. 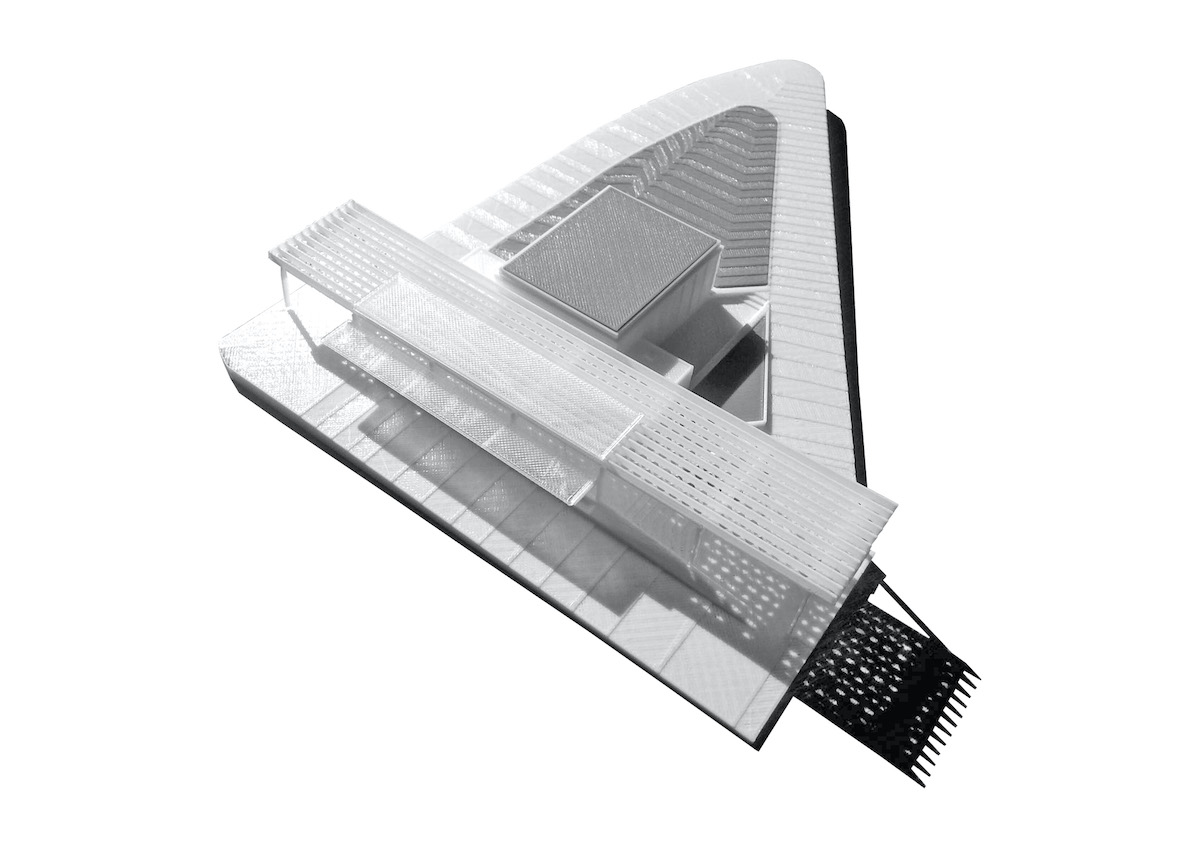 The stone treasures of the Vistula River. EUROPAN 13 The adaptable city