The GrandeArea awards were instituted with the intention of recognising the work of architects and promoters of works when it comes to creating quality architecture, to make it known to the general public and highlight its values.

This intervention aims to have, in the first place, this recognition with the building of the COAG-Vigo Delegation and by extension with the square of El Pueblo Gallego (Irisarri+Piñera).

A synthetic intervention is proposed that does not invade the urban space, but rather develops in it and occupies itself in the spontaneous manner sugested by the place, while at the same time enhancing the scenographic quality of the whole.

The idea is to use the two built elements, square and building, in such a way that only the outdoor space is suggested to view the images and texts of the exhibition projected on one of the inclined planes of the volume, with the possibility of downloading all this information by means of a wifi system installed in the projector itself, which is housed in a galvanised steel box affixed to the bench.

In contrast to this "virtual attraction", which could include a system of alerts on mobile phones or any other electronic device, a "real attraction" is proposed in the form of vinyl stickers in the window openings that turn the building into a great advertising support for the prizes and that will serve as an attraction for passers-by. 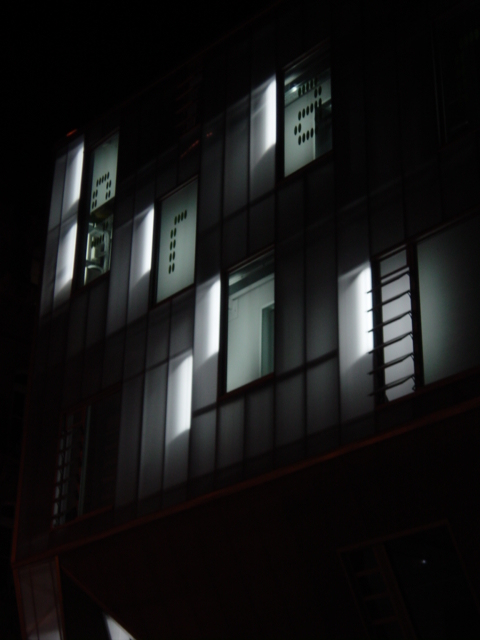 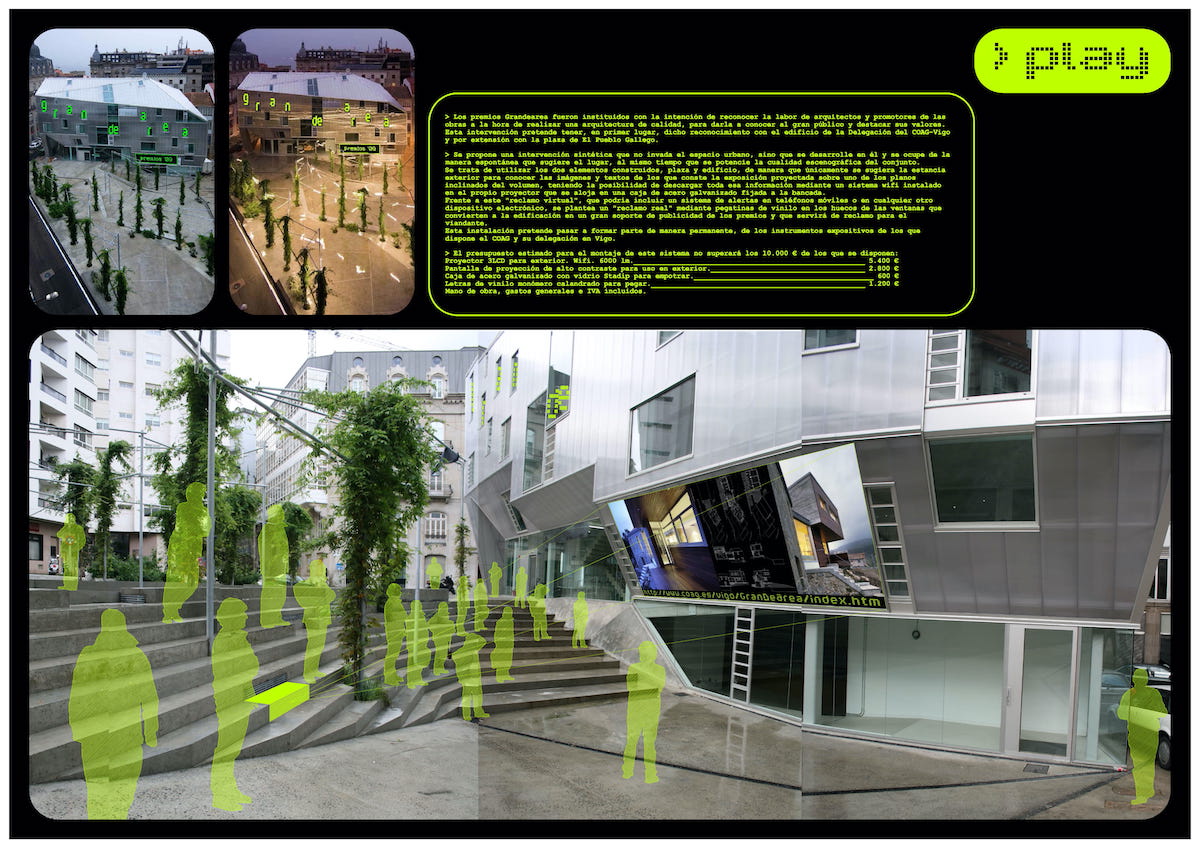